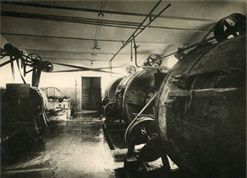 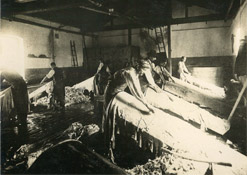 In 1902 Mr. Josef Strnad started a small tannery in the Czech town of Žamberk. In 1946, i.e. after 44 years of successful business activities, Mr. Strnad’s son decided to expand production. He and his friend, Mr. Jaroslav Dohnálek, purchased a large business premises in Solnice. Unfortunately, the new establishment remained in the hands of these two owners for only two years, as it was nationalized, like all other private companies, after the communist coup in February 1948. Luckily, the company did not follow the gloomy fate of many other companies that ceased to exist. Its operations continued for another 44 years as part of the state-owned company Rukavičkářské závody Dobříš (Dobříš Glove Makers). After the fall of the communist regime, the tannery was restituted in 1992 to Josef Strnad’s and Jaroslav Dohnálek’s descendants, who have continued the family tradition ever since.